LIGHT OF MY SPIRIT
By Connie Lanyon-Roberts

Cindy kept her eyes tightly closed. She lay on the ground with her knees curled up into her chest. The monster! Where was the monster? Would it come back and hurt her again?

Cindy tried to make herself invisible by wrapping her arms around her legs and curling into a tighter ball. Maybe it wouldn’t see her here. But where was she? She could smell an earthy fragrance in the air. There was abundance of grass under her small body. It was so soft; it felt as if she were lying on a luxurious carpet. That was it; the beautiful fragrance was the smell of grass. But, wait a minute, she was meant to be in her closest! What was she doing lying on grass?

Who were they? Why were they laughing? Could it be they were laughing at her? Were they the same children she heard outside her window when she was in the dark place? At last, Cindy forced her eyes to open. The tall blades of grass surrounding her obscured her view.

Was it safe to look?
Was the monster close by?

Curiosity beckoned and she finally allowed herself to take a peek. To her amazement several children played underneath an enormous oak tree. Beyond the tree was a beautiful lake; its clear water reflected the majestic snow-capped mountains bordering the grassy pasture. She had never seen such a beautiful place as this. The sun above warmed her face. It had been such a long time since she had seen the sun.

Adelle was a precocious fourteen year-old. She had been here longer than the others, waiting patiently until all the children arrived. She was anxious to go home, but then she was thrilled that she had been chosen to greet the newcomers. Now, the last of the children had arrived. A warm feeling came over her, and a smiled crossed her lips. Adelle glanced toward the lush field in the distance.

Cindy gasped, dropping down to the ground. Had she been seen? Would they be angry with her?

“She’s here,” Adelle told the others as she walked off to meet the new arrival.

Danny, whose bright red hair had earned him the nickname of ‘Red’, followed Adelle. “Are you sure, Adelle? I thought she wasn’t coming until this afternoon.”

“It must be that He wants her here now,” Adelle replied. 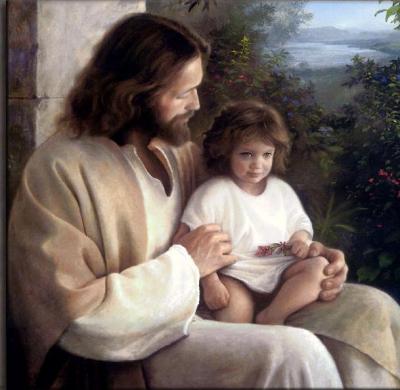 The remaining four children stood and watched as Adelle and Danny walked toward the frightened child.

Cindy heard someone approaching. Fear tore into her, making her little heart pound violently against her chest. All Cindy wanted to do was run and hide, but she couldn’t move; her small frail body was frozen with fear. She couldn’t breathe; she was going to be sick! Suddenly a hand rested upon her shoulder.

“Hello, Cindy. It’s all right. You can open your eyes now.”

The voice was gentle and soothing. The fear in Cindy’s heart slowly began to dissolve. Gradually the frightened six year-old opened her eyes. Before her stood the prettiest girl she had ever seen. The young girl had sparkling blue eyes and golden hair that glimmered in the sunlight.

“Come on, sweetheart. Will you get up for me?” Adelle asked, putting her hand out to the child.

Slowly Cindy got her feet under her and stood beside the beautiful young girl. Adelle brushed Cindy’s hair from her face only to notice several bruises turning an angry purple. “Cindy, my name is Adelle, and this is Danny, but everyone calls him, Red.”

Danny stepped up to greet Cindy, but the child shied away from him and hid behind Adelle. The young girl, kneeling before the child, smiled up at her. “You don’t have to be afraid, Cindy. He’s not going to hurt you. You’re safe now, and no one is ever going to hurt you again. Red just wants to say hello. Is that all right with you?”

Cindy thought for a long moment. She finally walked around Adelle and looked up at the boy with flaming red hair. “Hi,” she said in a whisper.

Home? She was no longer at home! And where was her mommy? She wanted her mommy! Tears streamed down Cindy’s swollen cheeks. “I want my mommy!” she cried.

“Oh, sweetheart, don’t cry. He’ll be here soon and He’ll explain it all to you, okay? Everything is going to all right. Please, don’t cry,” Adelle said soothingly. “Let’s go to the tree and wait for Him there, all right?”

Danny and Adelle each took one of Cindy’s hands and walked toward the oak tree where the remaining children were waiting. As Cindy approached, the children became excited and greeted her enthusiastically. They embraced her while they introduced themselves. Cindy was beginning to feel at ease, even allowing herself a feeble smile.

“Hi Cindy, I’m Laura,” the girl of ten said. The hair on her head was gone; dark circles were noticeable under her eyes. Laura sat on the grass. “Wanna join me?” she asked excitedly, patting the grass beside her. But unfortunately, Cindy’s reaction to Laura’s pale face brought tears to the sick girl’s eyes. Cindy’s had stepped back in fear, shaking her head as she hid behind Adelle. Laura lowered her head in shame. Cindy realized she had hurt Laura’s feelings, and knelt beside her, taking the sick girl’s hand. “I’m sorry.”

The remaining children laughed and danced around the the two girls. Suddenly they stopped and watched Adelle. “He’s coming,” Adelle turned to them with a smile.

Cindy immediately thought of the monster. Was it here in this beautiful and happy place? Was it coming to hurt her again? Adelle understood Cindy’s fear. She took the child in her arms. “Don’t be afraid, Cindy. He loves you and He’s going to make everything wonderful for us.” Adelle pointed to a man walking down a grassy knoll dotted with white lilies. As the man approached, Cindy noticed he wore a brilliant white robe that came down to his bare feet.

Adelle looked at the child and smiled. “He is our Lord.”

Go to Light Of My Spirit - Part 2 to continue reading this story.